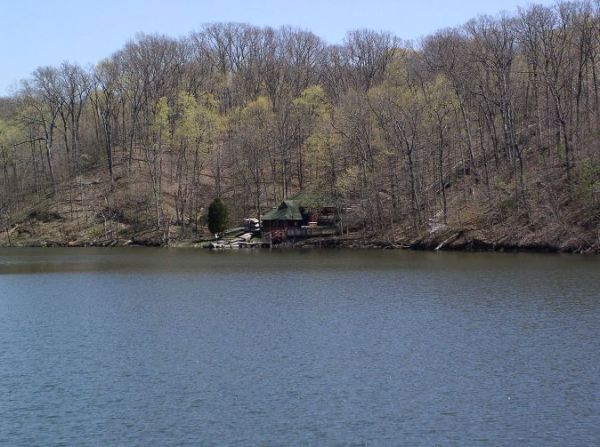 Ridge Lake, located inside Fox Ridge State Park, is home to one of the longest running fishing creels in the world! Anglers are welcome to participate in the creel by fishing at the lake during open times each summer. All fish caught are measured and weighed by Illinois Natural History Staff. These data are part of numerous ongoing studies on bluegill, largemouth bass, and muskie populations.

Interns are responsible for running the creel in the summer.  If interested in employment opportunities, please contact Dr. Joe Parkos at 217-728-4851, or parkos@illinois.edu during the work week.

Ridge Lake is open to the public for fishing each year from Memorial Day weekend through Labor Day weekend. Anglers are provided with rowboats free of charge (no bank fishing is permitted at Ridge Lake). New for 2022, boats are available first come first serve. Hours of operation are Saturday and Sunday of each week from 12 p.m. to 8 p.m.

Ridge Lake has fishing for largemouth bass, black and white crappie, bluegill, redear sunfish, channel catfish, muskie and walleye. Anglers are allowed to keep fish that are legal size. Regulations are a 14-inch minimum size limit for largemouth bass and channel catfish. Channel catfish are stocked annually by the Illinois Department of Natural Resources.  For more information, contact the lake during open hours at 217-345-6490 or 217-728-4851 during the work week. 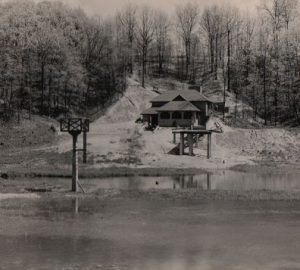 On April 17, 1941, the valve was closed at Ridge Lake, making it the first state managed water with the ability to control water level and drain that was dedicated to research. Charleston citizens donated the land to the Illinois Natural History Survey.

The original director of the Ridge Lake station was Dr. George W. Bennett who used the lake to perform research on species stocking combinations. Initially the lake was stocked with 100 largemouth bass adults that spawned 38 broods for an estimated 76,000 total fry. It was stocked again with 335 yearling bass on June 18, 1941, to prey on fry and add to spawning crop following year. Ridge Lake was opened for fishing June 17, 1942 (through Oct. 30).

The lake became a two species fishery when 136 bluegill were added on June 27 and July 13, 1944. The fishing creel has run continuously since its opening in 1942 and has been the location of numerous studies on fish ecology.